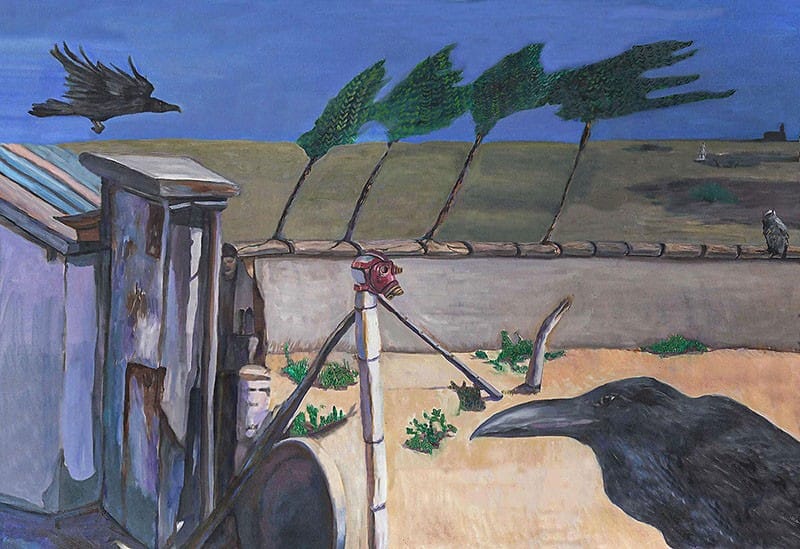 Birds and people turned into symbols. Along with the arts, they share a particular trade that is fascinating. First is the raven, who has been around for centuries and undermined as a fatalist of evil omen—a subject related to graves and death. They are, alongside, domesticated for human use to communicate with one another—an excellent source of communication in ancient times and perhaps now. Nevertheless, never try to harm it, or they will return to breaking windows.
Another enigmatic figure I have included is the owl, a symbol of wisdom and enlightenment. An owl shows things from the wild out there. So be open to seeing things in a whole new way. Waiting very pensively stays for hours contemplating to warn others from portending omens. The Celts and Egyptians regarded the owl as a gatekeeper to other realms—particularly the soul of the dead.
Next, Interpreting people are in the following category. In this subject, there are entities. We begin with a beheaded man wearing a gas mask. It is a society in chaos. Following the right side, behind the owl, is an image of a woman wearing a tunic. Representing a saint is the hope we all carry within us. There is another person next to the house on the left side of the house. Purposely not rendered clear to re-create a ghost.
Moreover, interpret it during late hours for less distraction surrounding us. It is where we are susceptible to seeing things out of the blue.

There are no reviews yet, submit yours in the box provided.
Submitting Your Review, Please Wait
Your Review Has Been Submitted Successfully

Add a review for ENIGMATIC ENTITIES

You must include a title, rating, and message in your review.
Your Review Title
Your Rating
Your Review